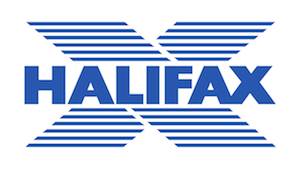 In this case study we arrange a Product Transfer & Further Advance with existing lender ( Halifax ) to :-

All the above was achieved within 24 hours of meeting clients !

Manchester Mortgages received a phone call from one of our existing clients asking us to contact a friend of theirs to discuss their existing mortgage and circumstances.

The clients were in their early 40s with two children and both employed with a joint income approaching £47,000 per year.

Their property was valued at £150,000 with an existing repayment mortgage with the Halifax which had £101,000 outstanding with 17 years remaining. They were paying the lender’s standard variable rate of 3.99% with mortgage payments of £675 per month.

They also had a second charge on the property with £ 13,700 outstanding for which they were paying £123 per month.

All payments were up to date with no payments missed.

The personal loan was gradually reducing but the credit card debt and bank overdraft were staying at a similar level because the payments mainly covered interest with very little capital repayment.

The clients were left in a position every month of having to use their bank overdraft. They would see the overdraft decrease when their monthly salaries were credited only to see it increase as the above payments left the account along with daily living expenses.

This left the clients feeling that they were working just to pay the bills. Each month they could see no benefit from all of their hard work and finances were stretched.

A new unsecured personal loan would only be repayable over a maximum 7 year period which meant that any new loan payments was outside the clients’ budget.

The clients wanted to repay all the debt and consolidate it to one payment so they could then see what was left in their bank account each month and budget accordingly. 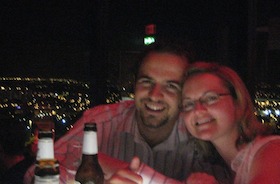 The solution came in 2 parts –

Manchester Mortgages recommended that their existing mortgage was transferred onto a new scheme with Halifax but at a much more competitive two year fixed rate of 2.79% (rather than the 3.99% standard variable rate that they were paying).

Again by using their existing lender Halifax, Manchester Mortgages were able to arrange a further advance of £30,750 which repaid the second charge, credit cards, car loan and bank overdraft, again on a two year fixed rate of 2.79%.

As the clients remained with Halifax there were no arrangement fees, no valuation needed and no solicitors involved.

The clients’ payments for the mortgage are now £812 per month with the mortgage term remaining at 17 years – a saving of £418 per month.

Therefore our clients now have only one payment per month and do not have to worry about personal loan and credit card payments. After repaying the bank overdraft and the second charge they know exactly where they are up to with their finances.

Our clients were made fully aware of the implications of transferring short term loans to long term commitments and although they were reducing their immediate outgoings over the new mortgage term, in the longer term the total charge for credit was likely to be higher.

In addition by transferring unsecured borrowing (such as credit cards and unsecured personal loans) on to a secured basis they were potentially placing their home at a greater risk in the event of mortgage payments not being maintained for the term of the mortgage.

As Manchester Mortgages were able to recommend and deal direct with their existing lender Halifax the above transaction only took 24 HOURS to be completed! Our adviser saw the clients on a Thursday evening and by Friday afternoon the transfer and further advance had taken place with the clients receiving the additional funds in their bank account the same day !

WHAT A DIFFERENCE A DAY MAKES – it may be only 24 hours but let Manchester Mortgages make a difference for you !

If you have an existing mortgage with lenders such as HALIFAX & VIRGIN MONEY and are paying their Standard Variable Rates give Manchester Mortgages a call on 0161 706 0242 to see if we can make a difference to your mortgage payments – read more information about this on our web page here.

Manchester Mortgages is a trading name of Mortgages 4U ( North West ) Limited which is authorised and regulated by the Financial Conduct Authority (FCA register number 301076). Registered in England & Wales No. 4729252. Registered office: 7 Randale Drive, Bury, BL9 8HZ.
Your home or property may be repossessed if you do not keep up repayments on your mortgage.

Roger Inglis
19:04 19 Dec 19
Used Manchester Mortgages to secure our first home back in August. Andrew Butterworth immediately understood our needs especially as one of us was self employed. He supported us at every step, right up until we got our keys. The service was exceptional and I highly recommend him to anyone looking for sound unbiased advice and guidance. Thank you Roger & Clare