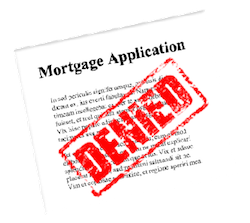 Mr & Mrs S were referred to Manchester Mortgages by one of their work colleagues who had used our services for a number of years.

Mr & Mrs S were in their mid 40s and had originally arranged their mortgage some 9 years ago on an interest only basis with no repayment vehicle. They also had in excess of £46,000 in unsecured debt of which £7,000 was on credit cards for which they were paying £200 per month mainly in interest with little effect on the balance. The remaining outgoings comprised unsecured loans with monthly costs of £1.150 per month. In addition they were paying £547 per month on their interest only mortgage. They also wanted to borrow an additional £8,000 to complete the work they had started in the bathroom.

They had approached their bank in March 2016 who they had been with in excess of 20 years and were turned down with no real explanation even though they both had good incomes (in excess of £74,000) and had not missed a mortgage, credit card or loan repayment.

Manchester Mortgages established Mr & Mrs S’s full circumstances and objectives and then put a proposition forward to them. We arranged the new mortgage on a repayment basis over a 22 year term extending their mortgage by 6 years but the outstanding balance was now being repaid. They were able to raise an additional £15,000 of which £7,000 was to be used to repay the credit card and the additional £8,000 was to be used to enable them to complete the bathroom. 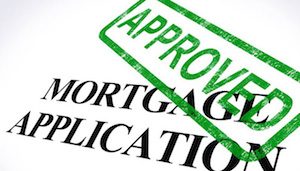 The clients were made fully aware of the implications of transferring short term debt to long term commitments and although they were reducing their immediate outgoings over the new mortgage term, in the longer term the total charge for credit was likely to be higher.
In addition by transferring unsecured borrowing (such as credit cards) on to a secured basis they were potentially placing their home at a greater risk in the event of mortgage payments not being maintained for the term of the mortgage.

The new monthly mortgage payment was £676 per month fixed for 3 years.

It was agreed with Mr & Mrs S that at the end of the three year fixed rate they would review their mortgage situation again as £1,000 of the unsecured loan payments would have finished and a large proportion of this would be used towards the mortgage payments to ideally reduce the term.

Mr & Mrs S now had the mortgage arranged on a repayment basis and could see the balance reducing, they were able to save £200 per month on credit card payments which were now being paid off and they also had the money to finish the bathroom.

Ironically the lender who provided the new mortgage was their bank who had turned them down previously.

This was achieved by Manchester Mortgages obtaining a full understanding of Mr & Mrs S’s situation and obtaining the full facts to enable the lender to make a fully informed decision.

Manchester Mortgages provide independent whole of market mortgage advice without any pressure. Contact us on 0161 706 0242 to see how we can help you.